This time I had bought a three day ticket even though I suspected that I wouldn't be able to do three days in a row. And sure enough I left on the third day.

I had been to this festival a couple of years ago and kind of liked it. But there was one major change that made it much less appealing this year. Also contrary to the previous festival it was very expensive, you had to pay extra for everything and there was no space to sit down if you wanted to.

On the bright side the terrain was mostly on asphalt which is great when it rains that much (no mud!) and it's on a slight slope which makes it easier for everyone to see. Though they were paying the portaloos were clean. You can see how this is a more posh festival in many ways. There is also a VIP section etc.

All good then, but the stage setup really ruined the rest of the experience. Festival stages are always high of course so you can see from far away. But then you need to widen the gap of the pit. The fence was way too close to the stage and you could barely see a thing. In fact the people who had regular tickets probably saw more than the ones who had "golden circle" tickets. Because there was a big "blind spot" where the walkway came out.
Too boot if you were on the left side of the walkway (seen from the public) you had the mid-afternoon sun right in the eyes for most of the shows. Another thing that kept you from seeing anything.

The first day was better as I had chosen the other side (I wanted to be on Brian May's side). Super friendly crowd, really relaxed, and good music, even the weather was playing along.

I've never been a big Marillion fan but it was nice to see them once, I preferred Fish as the frontman but maybe that's because I really enjoyed his solo show, I saw him many moons ago. 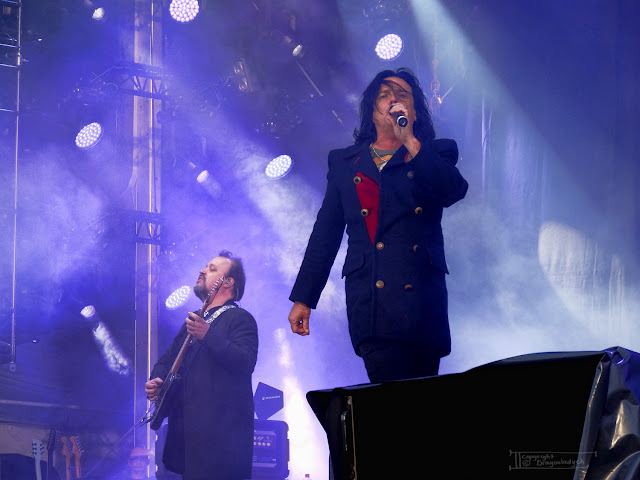 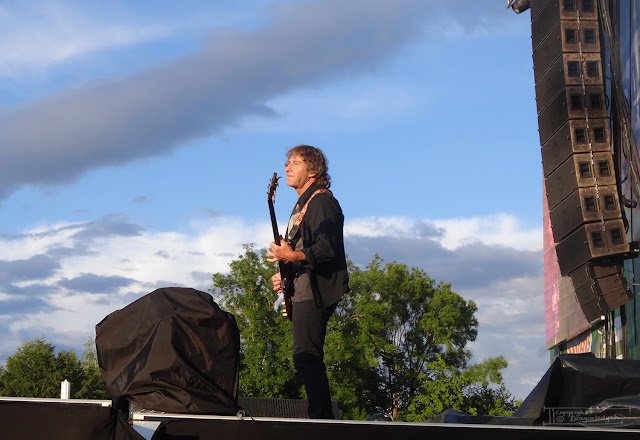 And then it was time for what was my first "favourite band", Queen. Like everything else the first time for any good times in your life is bound to leave a great memory. Queen were also my first "proper" concert. Not really as they had to play with a play back track, but it still is among the best memories of my life, first show, at 17 and all that. I've seen them with Paul Rodgers too and while it was great it didn't work so well for me. So I was curious to see this young singer they tour with now, Adam Lambert.

I must say that I thought he was doing a great job. Everyone will agree that it's impossible to replace Freddie Mercury but the whole jam was taking for me. I admit I didn't pay much attention to the singer, I was too busy flipping out because I was seeing Brian May and Roger Taylor!


I only took a handful of photos but got lucky. Sometimes concentrating on the framing and composition makes the experience more intense. There are all sorts of reasons why venues want to prevent people from taking photos, but if this blog had no images it would be rather boring and of course I am not going to use other people's photos, at least not with their permission. And I plan on printing my blog so I have a souvenir of all these concerts. It proves that memory alone is not reliable. When I re-read old entries I realise how much I've been mixing up in my brain

After about a third of the set it was time for some quiet songs, the acoustic section or something. That's when Thor decided the whole thing needed a few more special effects and opened up the skies! What a shower! Usually storms last a few minutes and subside, but not this time. It rained a bit less after 10 minutes but still rained continuously for the rest of the show. But with the proper equipment it's all good, mainly I need to try and keep my glasses dry so I can see things. I always loved thunderstorms so this was actually great fun. Just a little worried about the musicians with their electrical instruments, but it was all good.


In the end it turned out to be one of the best shows I've seen in a while, memories, fun, good company, song I still know by heart, and some absolute legends on a stage. What is there not to like really? 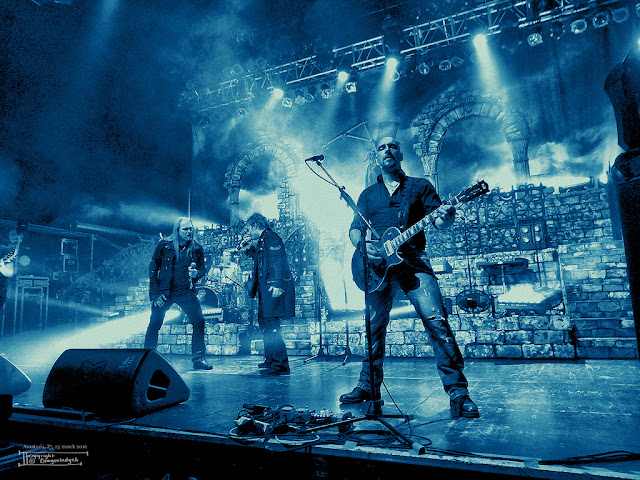