For those who haven't got a clue about BSR and it's understandable as it's a recent change, the band comprises part of the last incarnation of Thin Lizzy, and has now a new name since they released an album and didn't deem it right to release it under the old name. I don't know if this is a reason why the hall was half empty, or maybe it was because it was a Monday night. Shame really, but the show was really great and the crowd really loved it.

For me the extra cool part is that two band members used to play with Alice Cooper and it's nice to see them again. 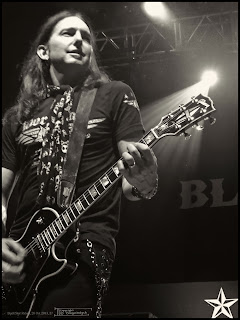 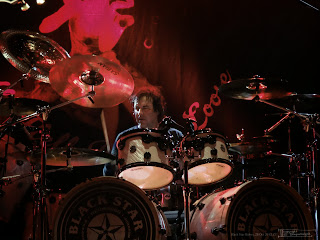 This means that the show is a mixture of old and new, mostly tracks from the new album but also the big classics. One of the most powerful versions of "Whiskey In The Jar" I've heard.

It's fun and both parts are really working well. The new songs are doing very well with the public, it injects some new life too. But at the same time the old classics are just as great and it's always a treat to watch Scott Gorham playing these tunes. I've been listening to the new album all the time since it came out and really recommend it. 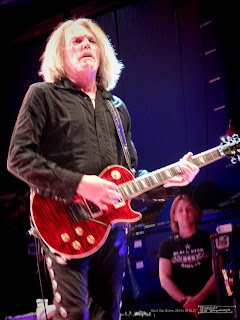 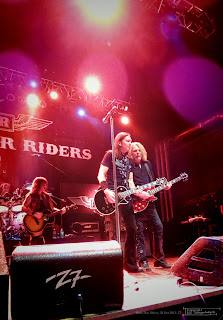 It's still the spirit of Thin Lizzy, just in a new incarnation, if you liked the old band you'll love this one.