What a blast that was! My ninth time seeing Tom Jones and I wish there were many more. 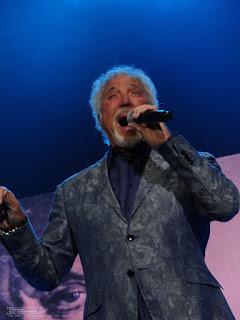 Moon and Stars in Locarno. That's got to be one of the best festivals I've been to. Like the one in Aarberg it is on the main square and there are pretty houses surrounding it. But unlike that other festival (no fault of the festival of course) everyone in the crowd was super cool, and dancing along. All really laid back but enthusiastic.

I was also very impressed to see an announcement on their FB page in prevision of another day where a very popular act was due to play, they explained to the fans how their queueing system worked. You can spend the day on the plazza but everyone has to walk out before the show and queue up, so if you want to get to the front you need to wait by the entrance even if everything is still open. I don't see many venues caring that much about their visitors! It's worth noting.

First act (you can't really call them an opening act) were Earth Wind and Fire. A bit like when I saw Tower of Power at the same show as Tom. It made for a fun "waiting time". I've never been a fan, but if you enjoy dancing music this will be fun anyway. Only three of the original members remain, but they still got it! 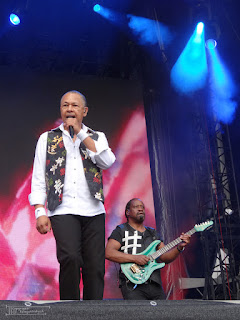 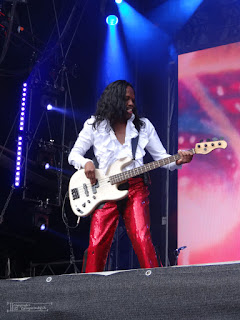 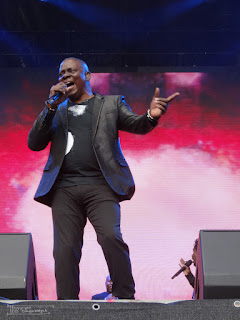 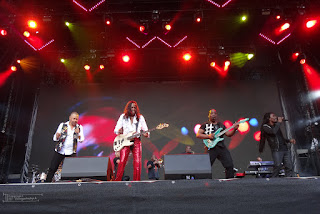 I love Tom's current set list so much. But it seems his band has changed once again. While all these young men did a fine job, I do miss the previous band, I can't say exactly why. And it annoys me a bit that I can't keep up and know who they are, by the time I recall one name they're gone! The only one who is still there is Gary Wallis, the drummer and musical director.

The set list is similar to the past two years with some changes. There are a series of slower songs starting with : "Soul of a Man" then "Elvis Presley Blues" and finishing on "Tower of Song", no way you can keep a dry eye like that! That song seems to have been written for Tom, the genius of Leonard Cohen lurking behind it. Breathtaking!

The encore is now "Thunderball", followed by "Kiss" (dedicated to Prince) and last but not least "Strange Things Happening Every Day" (a Sister Rosetta Tharpe cover) which is a great way to end the show.

There would have been many more photo opportunities but as usual once I am in the mood I don't really stop to take pictures any more. The screen in the back showing various clips was a bit distracting but I managed to ignore it most of the time. 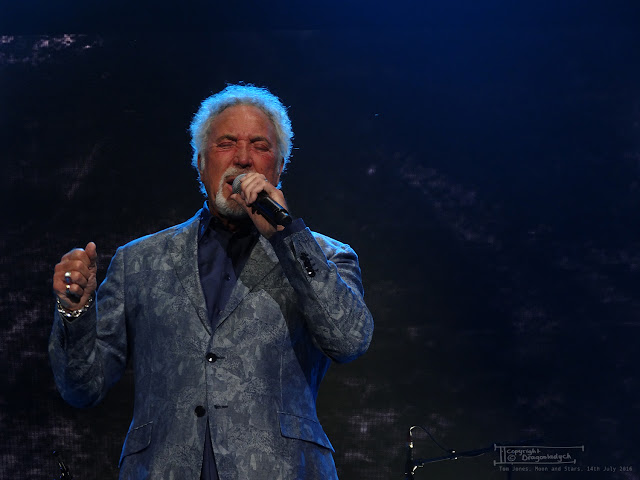 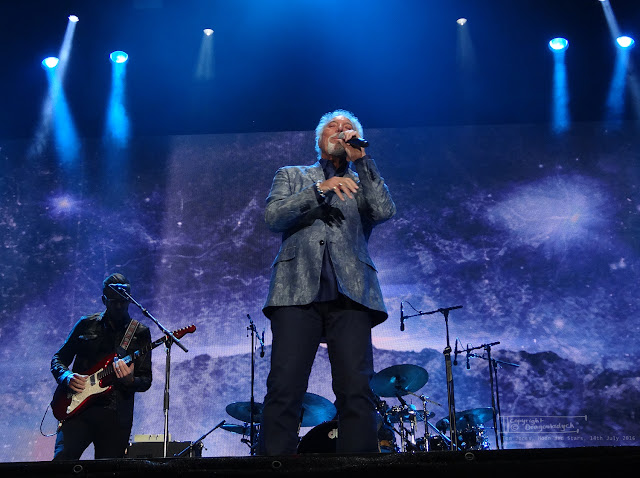 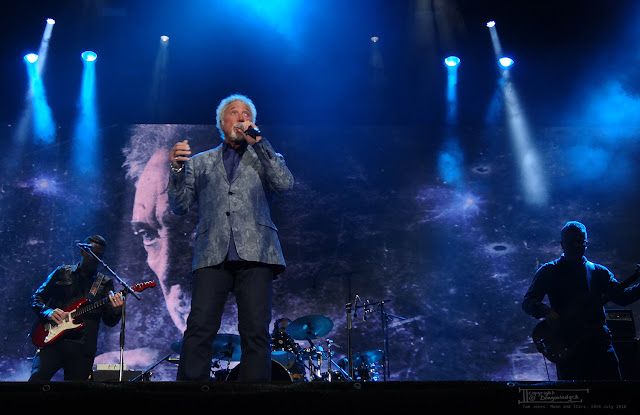 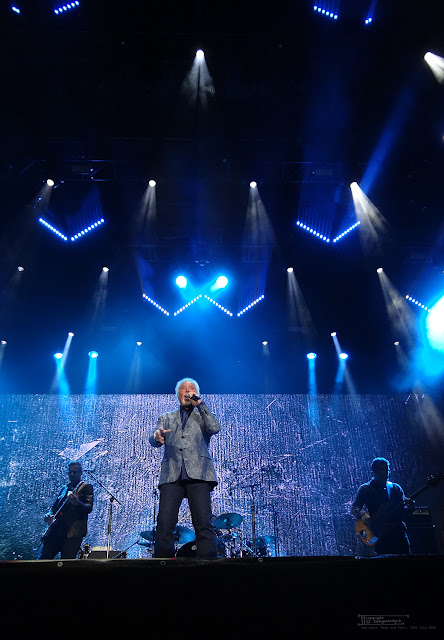