Another important anniversary in my life

On this day in 1993 I attended my first open air festival, a friend and I stayed all three days and camped there. By the time it was the 11th of July, the last day of the festival, we had nothing dry to wear any more and I was wearing my pyjamas and two garbage bags to serve as a raincoat.

The main artist I wanted to see was one Robert Plant. Yes that was my first time seeing him. I was a few weeks shy of my 25 birthday, and of course Robert would be 45 the day before my birthday...
Now in a few weeks I shall be 45 and this makes it all even stranger.

Since that day I've seen Plant 29 times (there was a misprint in my file so it's not yet the 30th time), and for once I am going to list all of these dates just for the fun of celebrating these great memories. 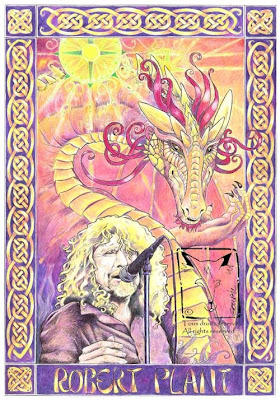 As you can see it's the first time I've been two years without seeing him, I hope it won't be too long now. I miss him.