I have to catch up on some reviews here. A good half year since my last show I was really keen to see some concerts.

The first was a festival and the bill was really a dream. A good opening to Summer

I won't go into many details or this would get very long, I mostly have some photos (also on Flickr) except not for Alice's show, there are many others who are already taking great photos.

It was fun to see Five Finger Death Punch, and to see Jason Hook again, who used to play for Alice Cooper he looks like he's having tons of fun with this band. 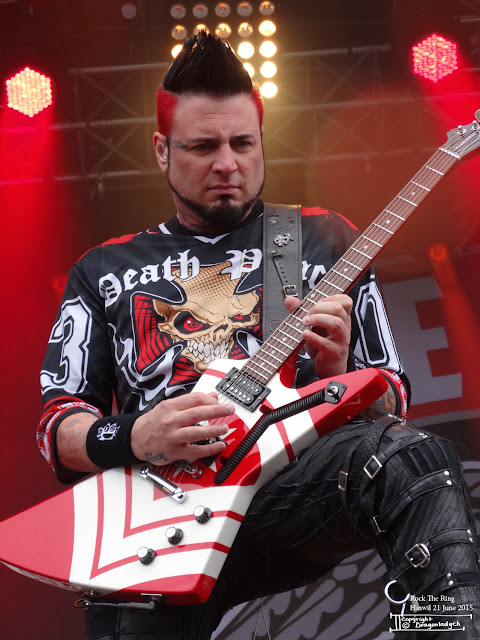 It was a bit odd that Alice's set started so early, around 6:30pm and ended before 8pm. In fact the shows started at 2pm and it was all over at 10pm.
As is often the case the set was shortened, there were no covers from the “Hollywood Vampires” but otherwise it was brilliant as always. It was great to see Nita Strauss for the first time she's doing a great job.

I'm also happy to see Sheryl's role getting more space and evolving. She's the coolest really! The show is so much better with her.

Snake report : there was a great big one, this time during “Welcome To My Nightmare”, also a great choice for the reptilian accomplice.

And just as I hoped Jason came on stage during the finale for “School's Out” brilliant!

After Alice's set I went off for a while and came back to see Judas Priest, I even ended up at the fence, but I had to walk away and watch from a bit further back. The sounds was really awful by the stage, it was fine until then, weird. And since the band is standing back a bit and the stage was really high I didn't see much either. 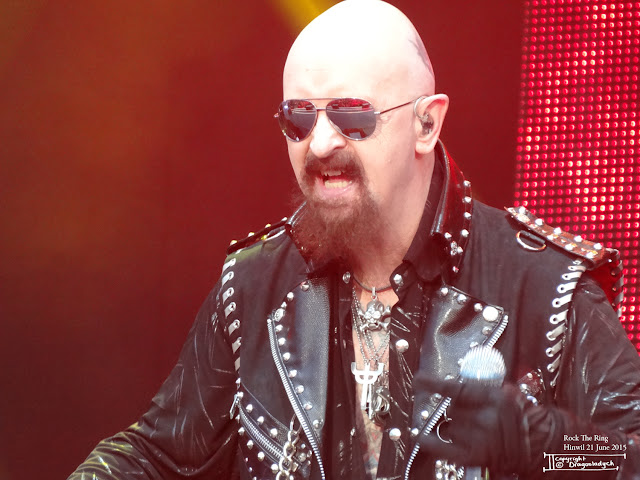 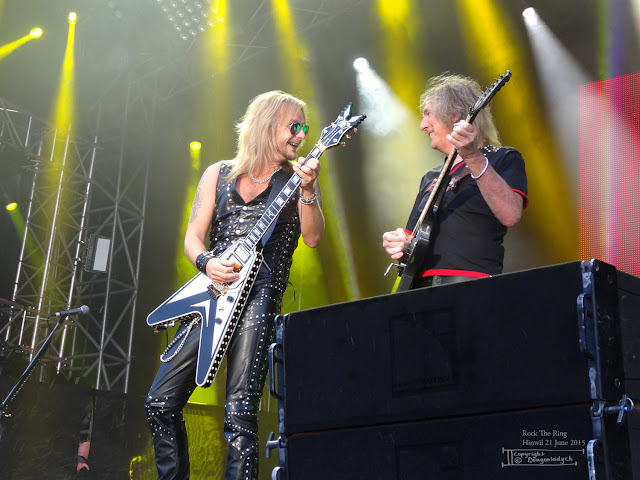 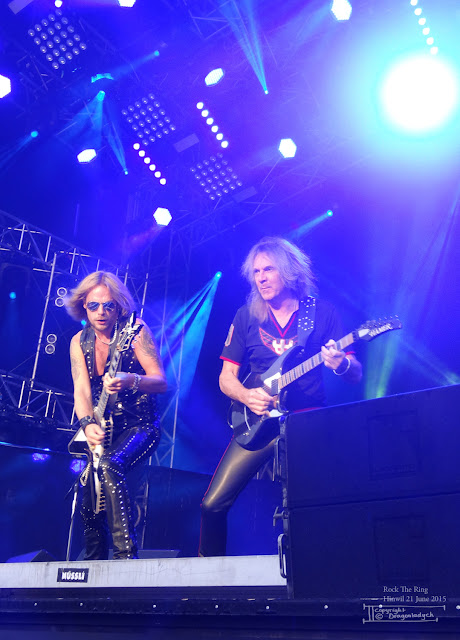 Then the fun part was to find my room at the B&B with just a little note on a card (I had been there earlier to deposit my bag, but the owner had shown me the wrong room) it felt a bit like a treasure chase in the night, in a house that I had never seen, up to a room under the roof. I actually only communicated with the owner with notes as our schedules were really not the same!

Well, that's what happens when you wait two weeks to write things up, it's already a bit far away to remember much, ah well there are some pretty (I hope) pictures to look at.
Labels: Alice Cooper Judas Priest