This was such a dream come true, what a wonderful bill. Joan Baez, Patti Smith and Robert Plant, all in one evening!

It was a bit frustrating though. Joan Baez was finishing at 8:15pm and Patti was starting at the same time! So I decided to leave at 7:45 to make sure I got a good view, just managed to squeeze in the third row.
I feel like I often rant about various impolite concert goers, so it's really worth noting that the opposite also exists. I was very impressed by a tall young man who offered me to stand in front of him at the Patti Smith show. I had a perfect view from where I was afterwards 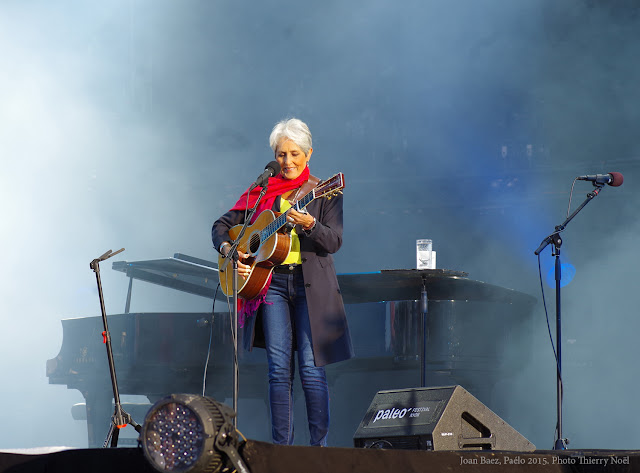 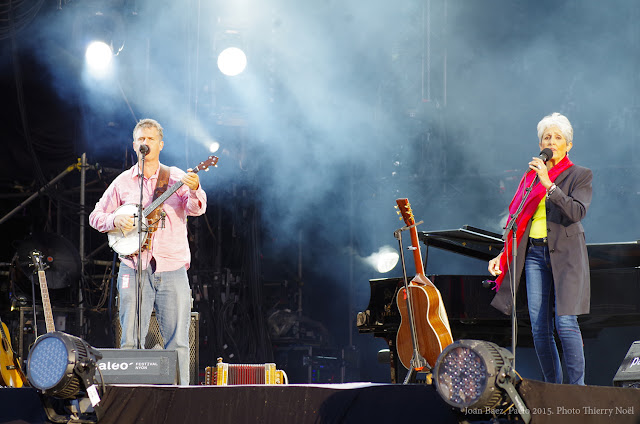 I was also very happy to see a lot of very young people, high proportion of teenagers, who were actually big fans, some were there for the next act but a lot of them were there for Patti. Brillant.

I stayed to the end of her set and walked as fast as I could back to the main stage, arriving at the very moment Plant started. Try to squeeze in when about 30'000 people are already there! I managed to get as close to the middle as I could to have at least a good sound, and found a space where people were enthusiastic and not chatting too much and danced my heart out


I discovered Patti Smith when I bought "Horses" for the tenth anniversary edition and now this tour celebrates 40 years of that album! So I have waited thirty years to finally see her! And to boot she is playing the whole album on this tour. It's strange when you know the set list by heart.
I bet she says that each time, but I found it fun when Patti got to the end of side A of the album and explained how we then had to turn the vinyl disc over and put the needle back on it. She still has this mischievous smile that somehow makes you want to hug her.

There were some emotional moments. When Joan sang "Me And Bobby McGee" and talked about Janis in the intro. And of course when Patti sang "Elegie" and started the names with Arthur Cave, I nearly lost it at Lou Reed, man that list is long now, she mentions all of the Ramones that are gone in a row.
But it was enormous fun too, especially when she sang "People Have The Power" after an amazing speech and Joan Baez came to sing the chorus! The crowd went wild!


No time to let that experience sink in, I had to walk as fast as I could to the other stage, the main stage. I don't know if this was a request from Patti Smith but I thought it was a bit sad that she didn't play the main stage, for one thing it was stressful to get to one place to the other and many people who wanted to see her, couldn't see a thing as it was packed.

It's a bit daunting to plunge into a tightly packed crowd, but I really wanted to see something else that the screens from the side and I wanted to hear the sound so I had to push through to get closer to the middle. I'm not used to seeing this show from that far, although it wasn't the first time, still managed to have fun, the whole band has such a presence that you can feel it anywhere. Joan Baez also got to the stage with Plant and danced a bit with him, fun! 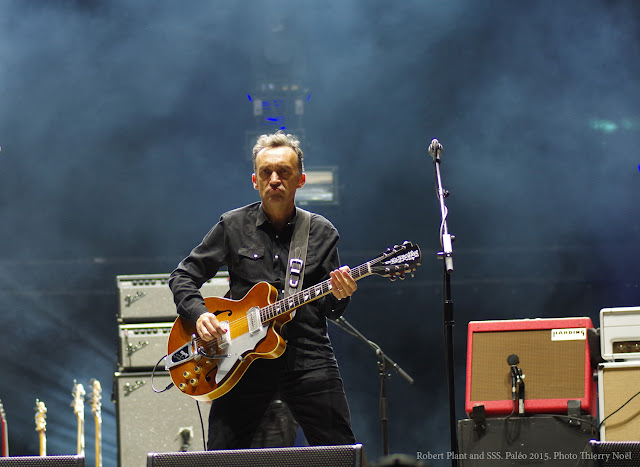 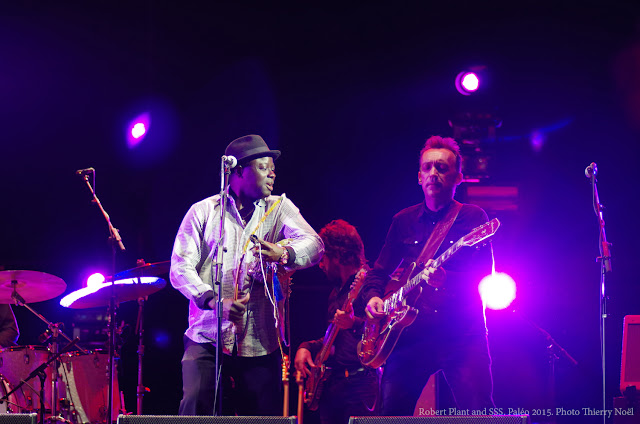 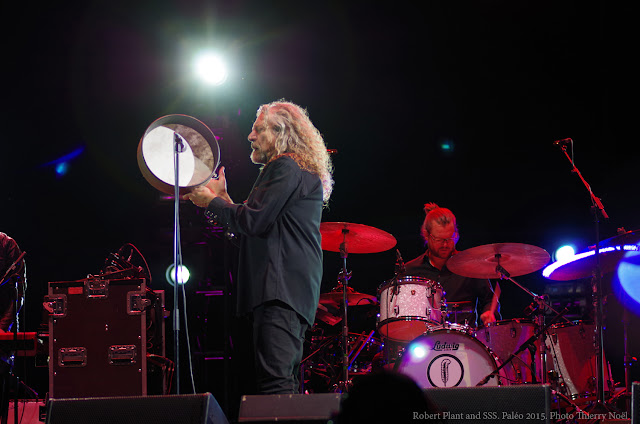 No more "The Enchanter" in the set list but still a few of my favourites, like "Satan" or "Little Maggie" And the beautiful "Rainbow". As usual the crowd didn't really react to these, busy as always waiting for classics. I hope they'll go and buy some more recent albums after this, why do people always live in the past ? I can understand when you're just passing by and not a fan, but some people were obviously big fans of that certain band but didn't care at all about newer works their loss I say.

The battery in my camera chose this day to die, so I don't have any photos, but my friend Thierry made some great ones, that I am sharing here. No photos of Patti Smith though as he never managed to get anywhere near the stage.
Labels: Joan Baez Patti Smith Robert Plant