If not for that festival two weeks ago I would have seen Slash twice in a row, since that was the last show of last year (see review here as well)

I had actually given up on this show (see the “curse” story in the previous Slash review) the forecast was for temperatures of 39°C in the shade and I am really not happy in hot weather. So I had cancelled my hotel room and was prepared to work on my paintings, when a friend texted me to say she was going by car, that the car had AC and the venue too... 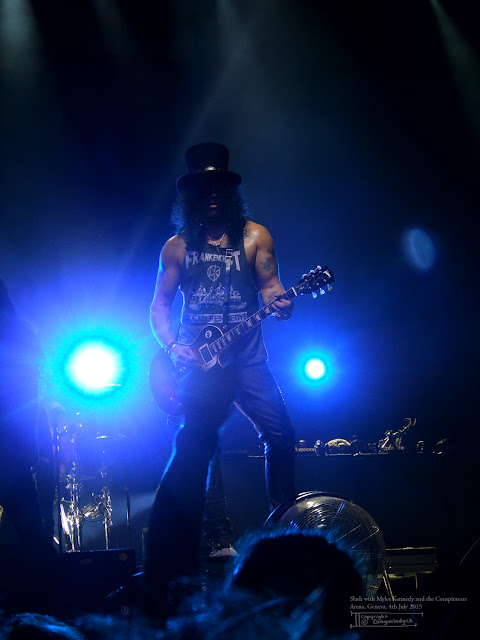 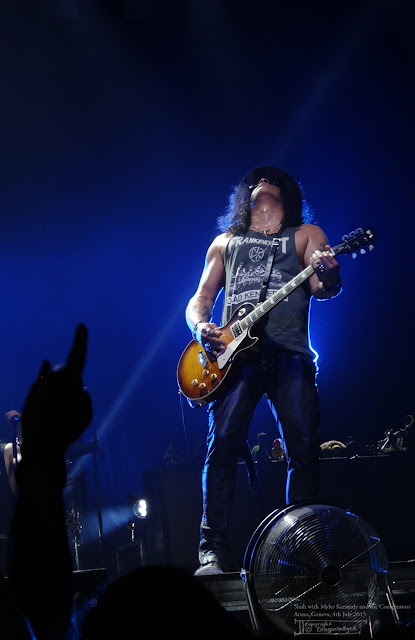 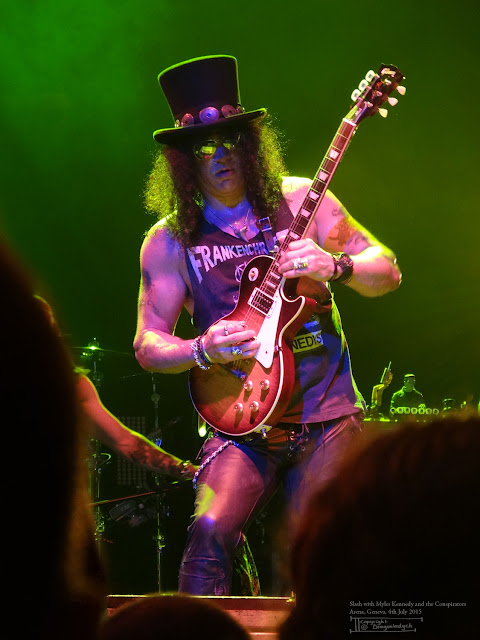 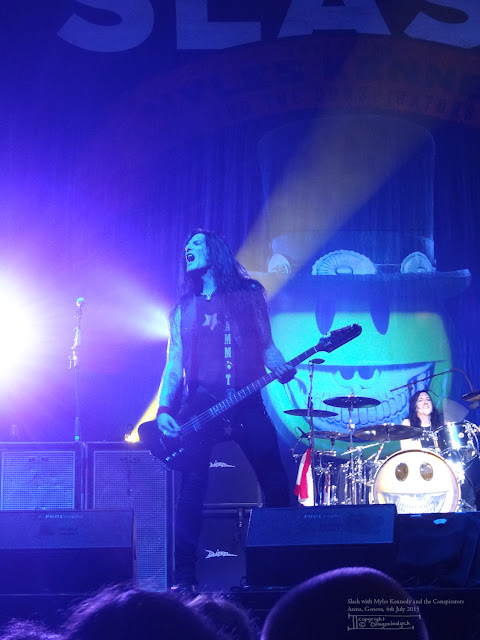 So far so good, it's always nicer to go somewhere with company, but somehow either the venue's AC had broken down or they had none (bit odd if that's the case) and it was almost the same temperature inside and outside. I can't remember ever being that hot at a show. I tried my best but I had to leave the main hall mid-show, of course just as one of my favourite parts started. I could have opted to faint right there but in the middle of the crowd it's not quite as “rock and roll” as when you are at the fence.


After that I went upstairs where there were a lot of empty seat and since no security asked for tickets there it was easy, in fact the tickets to the seats were the same price so that wasn't a problem. 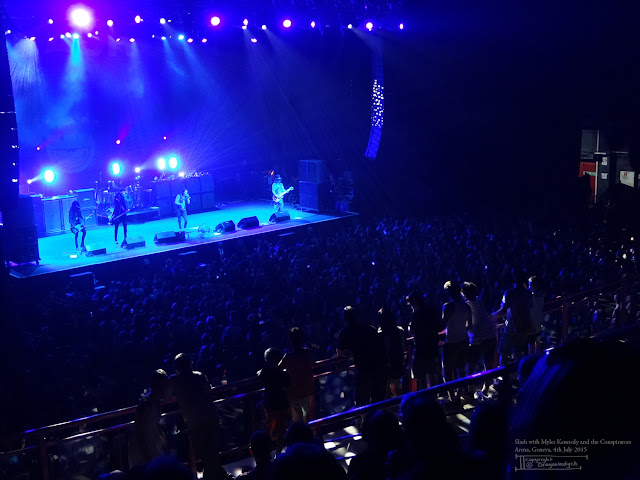 It was odd to watch from that far but interesting, it felt a bit like watching on a TV screen, not really real. But it was still fun. Once again I adored the long solo, I could listen for hours. I had a ton of great ideas and I hope that the block I've had the past month is finally over. For me that's the whole point of live shows, I get to live my syneasthesia to the maximum and I go home with so many cool images in my head. Now to try and put them on paper

I took some halfway decent photos up there too, this little Sony camera is really cool 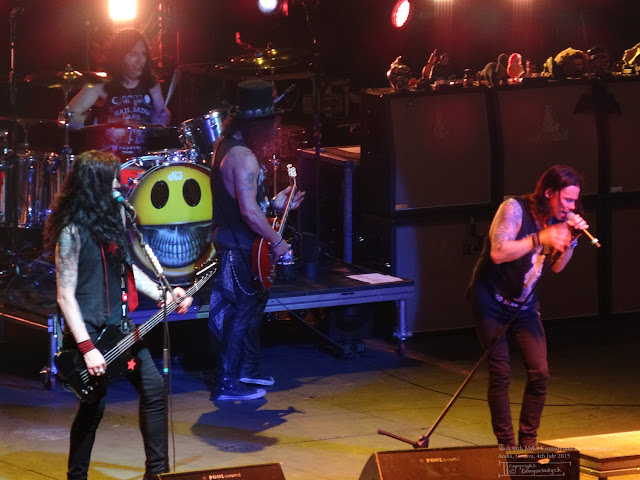 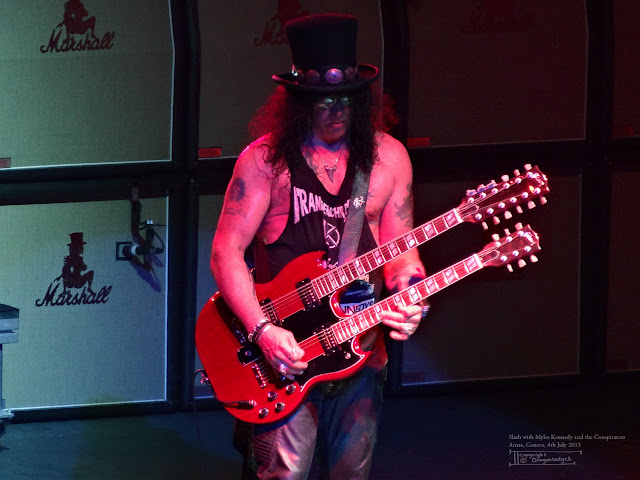 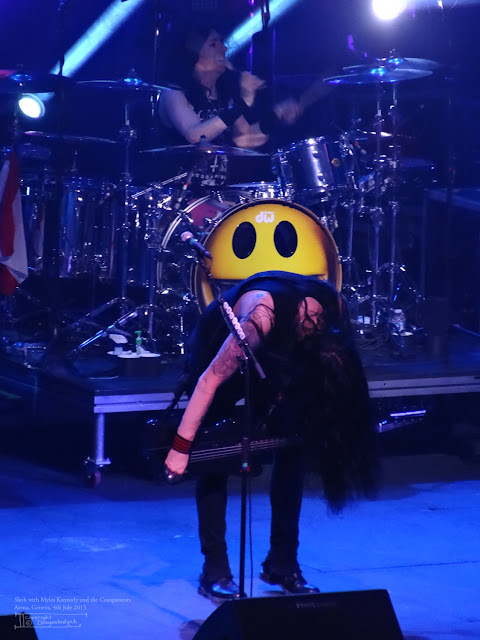 Some more photos at my Flickr gallery too
Labels: Slash