As glad as I was for the great night on the Sunday (see previous review) this was really crazy. My flight was landing at 3pm and the doors opened at 5:30! Luckily the plane actually landed twenty minutes early but it was a bit of a race. And no one had thought about figuring out the route from the hotel to the hall, ah well. Next time I shall plan that too.

Even though this was the shorter set, as in opening for Motley Crue, this was probably my favourite of all three shows, so full of energy from both sides. And I had my best friends with me so that also helped though they probably never saw me that stressed ever before!

It took a while to find my way back into my routine but work had resumed nicely when it was time for another show. BSR are among my top three current favourite bands. They are simply amazing live. Sure enough it was fantastic but sadly the hall was rather empty, what with being the middle of the week and to be honest I think a lot of people still don't understand that this is the successor of Thin Lizzy and is definitely worth the trip. 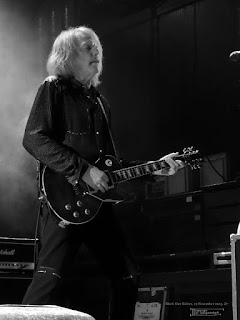 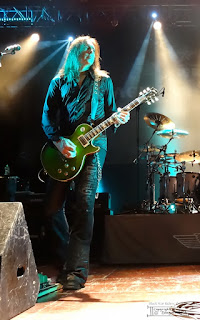 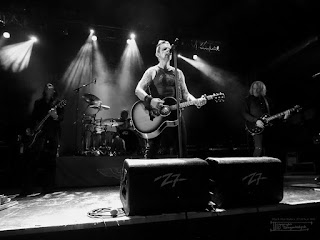 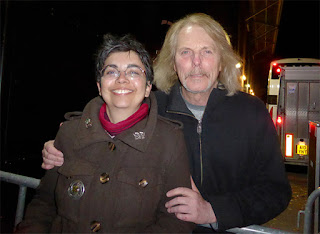 I had the pleasure of meeting Scott Gorham briefly after the show and he was so gracious and charming, a shame I didn't have anything for him to sign but in a way it's even nicer to just have a chat. And for once I also got a photo taken, I actually didn't ask but when he asked if I wanted one I couldn't refuse without sounding impolite, not that I mind having this little reminder now.
Labels: Alice Cooper Black Star Riders Thin Lizzy